Twenty years after an accident that left him without the use of his legs, Dunedin man Rob Gillan tells Wyatt Ryder about his life in a wheelchair, his struggles with depression and how international darts tournaments have helped him get through. 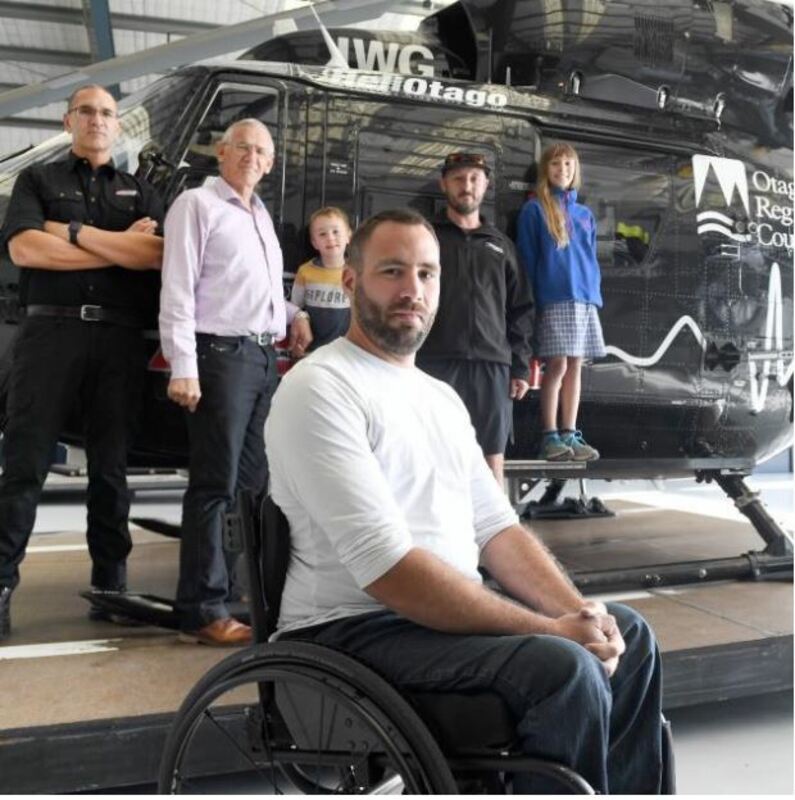 Rob Gillan can’t remember being told he was paralysed.

In 2001 he was what he described as a typical teenager. He was 14, social, played softball and rugby, and was Dunedin secondary school King’s High School’s No1 at squash.

On March 31, when he was unloading his father’s delivery truck, Mr Gillan caused the forklift he was driving to tip. He landed awkwardly, and the injury left him unable to walk. The next day he was flown to the Christchurch intensive care unit in a rescue helicopter and woke up one week later.

He was in the intensive care unit for one week, then Burwood spinal unit for four months, before he was moved to a rest-home in Christchurch. He stayed there for more than three months while his parents’ home in Dunedin was altered to accommodate his new wheelchair.

Mr Gillan returned to school for fifth form in 2002, where he faced bullying.

"It forced me to have absences. I missed a lot of study. It wasn’t easy."

After a year, he decided he was done with school, but he still had to find some way to make a living. He took a series of courses to try to get a desk job, but ended up studying architectural drafting at the suggestion of his neighbour, who worked at Otago Polytechnic as a lecturer.

Now a father of two and an architectural draftsman for a small firm in Mosgiel, Mr Gillan said his perspective was highly valued.

Colleagues regularly asked for his opinion on accessibility, he said. It was not an easy journey for him to get to this point.

In 2013, Mr Gillan was in hospital for six months, during what he described as the worst year of his life.

"I had an abscess in 2012 that turned into a bad pressure area and resulted in multiple surgeries and a total of six months on bed rest.

"I won’t lie, I had a few people worried about me."

He became depressed — just one of several bouts of depression. He said mental illness became a major factor in 2016 after he left his first architectural drafting job. Times were especially tough last year after separating from his wife. They had been together for 17 years.

"I spent a lot of time in my garage playing darts. It was kind of a safe haven for me."

Now, aged 34, he is feeling a lot happier. He attributes his recovery in large part to darts.

Mr Gillan first played darts when he was in primary school. He rekindled his enthusiasm for the sport in 2017, when he found the world of disabled darts. He sent an email worldwide to anyone who could help him get into the sport, and was referred to Russ Strobel, the founder of the World Disabled Darts Association. Mr Gillan arranged to meet Mr Strobel in Melbourne.

"He heard my views and my opinions. I heard his and how to get into the sport."

"I didn’t get the result I wanted, but I made a reputation for myself of being able to beat the top players."

Now he regularly competed in tournaments held over the internet, which were done through a live video feed and streamed online.

Disabled darts only differed from standard darts in the height of the board, which made it easily accessible for new players. Mr Gillan plays on a board hung 360mm lower than usual. He said the main issue was dealing with time zones, and there were times he had to wake up at 2.30am to play darts with disabled players overseas. Despite having to wake up early, he won the first World ParaDarts title in 2020 in an online lockdown tournament.

Mr Gillan said he was trying to start a paradarts competition right here in New Zealand. He hoped it would "give people like me the opportunity to play locally and play nationally". An official New Zealand paradarts would allow players to qualify for international tournaments.

He said he was also working as the first New Zealand ambassador for Permobil, a company which produced wheelchair accessories alongside other tools for the disabled. Permobil had sent him a variety of items to trial and provide feedback on, which he was more than happy to do.

Above all, he wanted people to know he was happy and there was life after injury.

"A lot of people see people in wheelchairs as just people sitting down.

"There is a lot more to us than what meets the eye.

"I’m no different to a person without a wheelchair — just see me as Rob."

Last week, Mr Gillan took another helicopter flight. This time though, there was no emergency. He, his children Bailey (9) and Connor (3), and his brother Dale took a flight around Dunedin with Helicopters Otago, re-creating a small portion of the emergency flight he took 20 years earlier. Mr Gillan said it was awesome to get back in the rescue helicopter.

Staff offered to strap him to a gurney, as he had been on the day after his accident, but he opted for the front seat, he said.

He was unconscious the first time, so it was nice to be in the aircraft conscious, he said.

"To be one of those rescues was amazing," he said.

"It didn’t really bring back memories, but it was a great perspective to get."

Helicopters Otago chief pilot Graeme Gale said he offered to take Mr Gillan and his family for the trip on a helicopter that was the same model as the one used for Mr Gillan’s trip 20 years ago.

"[People are] in the worst possible place in their life when the injury happens.

"We’re a little piece of the cog in a great big wheel.

"It’s really nice to have that follow up later on; I think that was something pretty special."

Original article by Wyatt Ryder for the ODT