It’s full steam ahead for an exhibition opening on Saturday at Central Stories Museum and Art Gallery in Alexandra. We Drove Here will uncover how pioneering developments in motoring transformed social interaction. 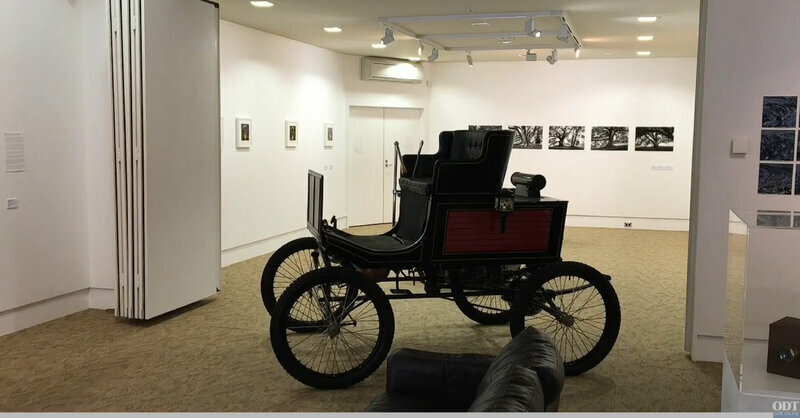 Featuring in the exhibition was a steam-powered Locomobile purchased in 1901 by Dunedin chemical company owner Thomas Kempthorne.
It was the first motor car imported into Dunedin and was restored by the Kempthorne Locomobile Trust over a period of about 10 to 15 years.

"It is a steam-driven car but the unique thing about it is it does have a petrol tank, and the petrol fires the boiler that heats the water that makes the steam."

Mr Budd collected the car from Dunedin last weekend to take pride of place in the museum. The exhibition outlined the early history of travel, in particular the social side of motoring, Mr Budd said. The road to Central Otago was a challenging undertaking for many years.

"There were no formed roads as we understand them and a lot of them were old bullock tracks that they just started driving cars on.

"That caused huge problems getting from the coast and journeys those days were pretty long and rugged."

The social side of early motoring would be explained, from finding ways to be entertained on long journeys to the crib to challenges such as flooded roads and less-than reliable engines. The development of car clubs and motor racing would also be examined.

As well as the Locomobile, the exhibition would feature a Ford BDA Escort rally car and two classic Indian motorcycles, Mr Budd said. The exhibition was developed with the support of the Otago Motor Club Trust and curated by the Hocken Collections.

As part of the exhibition a car show will take place in Pioneer Park on Saturday, February 6 from 10am to 3pm.

Funds raised by the car show will go to the Otago Rescue Helicopter Trust and Central Stories Museum and Art Gallery.

Article written for the ODT by Simon Henderson